Basketball where slam dunks are all that matter 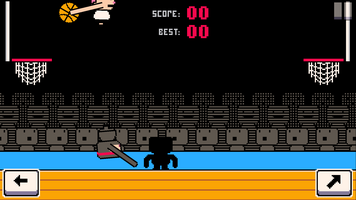 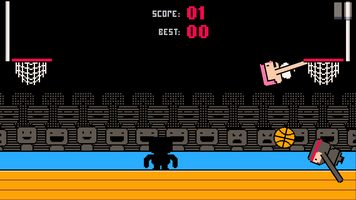 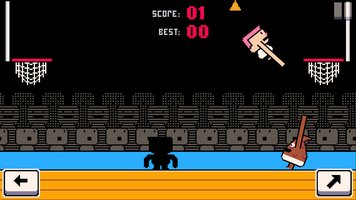 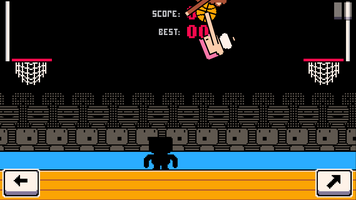 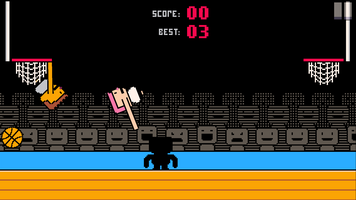 Advertisement
Dunkers is a one-on-one basketball game where you'll only be bouncing around the court sinking dunk shots. In this form of basketball dunking is the aim of the game – in fact, your players won't even shoot towards the hoop. They'll only be jumping, flailing their arms about in an attempt to slam the ball into the hoop. And if you happen to sink a rebound, it WON'T count. ONLY slam dunks are worth any points in this game.

The game controls in Dunkers are very simple: tap the left side of the screen to go back and the right to get your player grabbing at the ball. Controlling your character is extremely chaotic, which goes a considerable ways toward making the game as fun as it is.

In Dunkers you'll come across several modes of gameplay: two different single-player modes, where you get to play against different opponents controlled by AI, and another mode for two players where you compete against a friend on the same Android smartphone or tablet.

Dunkers is a basketball game that's as simple as it is off the walls and fun. Don't let its less-than-elaborate graphics fool you – it's the perfect game to have a good time with friends.
Reviewed by Andrés López

There are opinions about Dunkers yet. Be the first! Comment

eFootball PES 2022
The most realistic soccer game on Android
FIFA Soccer
The 2021 / 2022 soccer season is now on Android
Dream League Soccer
Build the greatest soccer team, ever
Dream League Soccer Classic
A great alternative to FIFA or PES for Android
8 Ball Pool
The best pool game for Android
Carrom Pool
Get rid of all the tiles on the board
FIFA 16 Ultimate Team
The best soccer game is back on Android
Total Football
Enjoy soccer with a high level of realism

Gems or Jewels?
Match stones of the same color and beat all the levels
World Series of Poker
Play the best poker on your Android device
Princess Run
Help a princess run through a bustling city
eWeapons Gun Weapon Simulator
Super Market Atm
Spider
Mr. Knight - Tower Wars!
Pull the pins to get your hands on the treasure
Slime Simulator Games
Turn your smartphone into a slime factory